Good news, game show fans! As entertainment productions begin to resume following the COVID-19 production shutdown, two long-running series are headed back to the studio. Jeopardy! and Wheel of Fortune, both of which had their seasons cut short by the shutdown, are officially set to resume filming in the coming weeks, with proper social distancing guidelines in place.

According to Deadline, Jeopardy!‘s stage has been redesigned to put more space between the contestants and host Alex Trebek, who is still undergoing treatment for pancreatic cancer. Over at the Pat Sajak and Vanna White-hosted Wheel of Fortune, the iconic wheel has also gone through a redesign that will apparently help with keeping the contestants socially distanced. Basically, everything’s going to look a little different than what we’re used to in the name of safety, but it doesn’t sound like the format of the shows themselves will have to change very much.

Additionally, quite like The Tonight Show Starring Jimmy Fallon and Conan, the two late-night talk shows which have broken quarantine to move their productions back to studios, both game shows will be allowing only essential staff and crew on stage. PPE will also be distributed behind the scenes, and all staff and crew will be tested for the virus, while contestants will be tested before coming to the studio.

Trebek, international treasure, recently hinted at Jeopardy!‘s return to the studio when he previewed a retrospective series currently airing on ABC in place of new episodes. The network went into the vault for some seriously vintage episodes to replay for the first time, with Trebek even recording openings for them from his home.

While Jeopardy! and Wheel of Fortune are helping to lead the charge into a post-coronavirus entertainment world, it’s certainly going to be interesting to watch how more shows go about resuming filming with new safety procedures in place. 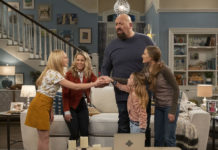 PEN15 Is as Awkward as Ever in the Season 2 Trailer 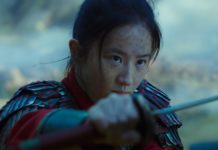 All the Movies Hitting On-Demand Early: Antebellum, Mulan, and More