It was a cold and messy evening on Fort Leavenworth in October 1905. Slogging through the wet snow, an observer may have seen two officers and a corporal playing with a very large kite. The soldiers were on a mission to improve wireless telegraphy and anyone in a hurry to get out of the cold missed a trio of genius.

In 1898, a young man from Arkansas named Thomas Isaiah King enlisted in the Army. Born in 1876, King who was a photographer by trade, was a five-foot, five-inch prodigy in the making. He found the Army to be the perfect place to build on his visions.

In 1905, King wanted to devise a way to take aerial photos. He worked with box kites on the West Parade but the cameras’ weight was damaging the kites. He was financing his own experiments and it was becoming costly.

Meanwhile, two officers from the Signal School, Capt. William Mitchell and Maj. George Squier, had ideas about the future, and they were impressed enough with King that they used their common interest in telegraphy to create a wireless version.

This “wireless telegraphy triumvirate” continued King’s experiments on the fort’s parade fields, using what would become known in Signal catalogues as a “King kite.” The kite, made of silk and bamboo, was seven feet tall, five feet wide, with top and bottom corners cut, and a large hole in the center to gain some stability. King had been attaching cameras to the kite, using magnets to activate the shutter. Now he was hoisting antennas with the kite to affect wireless transmission.

The early tests with a portable spark-gap transmitter didn’t show much improvement in actual transmitting, but receiving was a different story. They had previously flown a kite a mile and half up, and were already getting attention from reporters in Kansas and elsewhere. One newspaper in Melvern, Kan., quipped after the 1.5-mile-high flight that “the meaning of the term ‘higher than a kite’ must be pretty high indeed.”

On Oct. 2, 1905, they did a test at West Parade, then moved to Main Parade, running it up the flagpole. Despite the lack of wind, they received signals from a Kansas City station equipped with a DeForest telegraph system. They would soon have success beyond their expectations.

Later in October, Mitchell, Squier, King and men from Company A took everything out to see if they could catch signals from the battleship West Virginia, which was off the coast of Florida with President Theodore Roosevelt on board as it went from New Orleans to Washington. The men tried against all odds, as there was no wind, and a wet snow began after sunset.

Earlier that afternoon, they caught messages from Chicago going to Kansas City and St. Louis.

Not only did they hear signals that night from the USS West Virginia 2,250 miles away, the group picked up a message from the steamer Concho in the Gulf of Mexico from a woman to her relatives in Houston. This woman, Mamie Fisher, gave her address and information about relatives in Texas, and probably had no idea that two Army officers and a company of signalmen were eavesdropping on her. It was the first time messages from the sea were intercepted that far inland.

When the inventors intercepted a message from the oil steamer Maverick near Puerto Rico, they couldn’t believe their ears. They actually wrote a letter to the steamer’s company asking about what they’d heard, and received a letter back confirming that they’d picked up signals from Puerto Rico.

Early in November three kites got away because of high winds and were later found some distance away.

Newspapers, interested in the experiments, couldn’t resist a little fun. A Parsons, Kan., paper joked that because the men were picking up odd messages from so far away, they should aim the wires at Mars. People worried about what could be overheard because of their telegraph messages “hovering in the air.”

King spent much of his career on post, marrying in 1907, and having a son here three years later. In August 1908, the “King System of Telegraphy” was tested in Washington State, successfully picking up messages off Puget Sound at Camp David Stanley.

By 1911, King was a master signal electrician with Company D, a company being lauded as the most important in the Signal Corps.

King was interviewed by the Leavenworth Times that year, telling how the cumbersome equipment could now be lessened and carried on pack mules. King mentioned the kite as well as a short-lived try with balloons, but needing a way to hoist an antenna wire in windless conditions, developed a 90-foot sectional pole that “can be put up and the entire outfit made ready for work in a minute and a half.” King discussed something new called a circuit breaker and even stated that the Civil War would have been quick if this wireless system had been around.

“If the Civil War had been fought with present modern equipment and with the wireless, it would have lasted four months instead of four years,” King said.

King was made a major in France during World War I and put in charge of the 305th Field Signal Battalion under the 80th Division. Upon returning home to Fort Leavenworth in 1919, his temporary commission was pulled, but instead of becoming enlisted again he was made a warrant officer.

After returning, he and his wife ran a photography studio at 311 Delaware St. on the second floor of the Rialto Theatre, as his wife D’Ella was listed in the 1920 census as a photographer herself.

He was soon ordered to Fort Sam Houston, Texas, to make improvements to radio station WUJ, a control station, which couldn’t receive and send at the same time because of the generator. King worked out a new system using an underground wire between WUJ and an Army station at Fort Bliss, Texas, along a compass line.

After 36 years of Army service, King retired in 1934. By 1940, he was living in San Mateo, Calif., with no occupation listed in the census. He died on July 23, 1958, in Palo Alto, Calif., and is buried with his World War I rank on his headstone. His wife followed a few years later.

An obituary could not be located for the man who experimented with wireless transmission, created new Signal systems and equipment, and worked with the future Father of the U. S. Air Force, Gen. “Billy” Mitchell, as well as Maj. Gen. Squier, an early champion of Army aviation and Chief of Signal in World War I.

Where else would a pioneer in his field make his mark than at Fort Leavenworth? 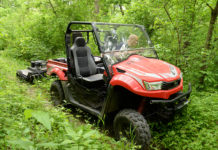