Every year, the Fort Leavenworth Spouses Club gives away thousands of dollars in scholarship money to high school seniors, continuing undergraduate students and military spouses, as well as provides grants to support community needs. That fund is now more than $11,000 richer following the annual FLSC Holiday Bazaar Nov. 15-16 at the Frontier Conference Center.

“This is our biggest fundraiser of the year,” said Jodie Viall, vendor coordinator for the bazaar. “We can’t sustain without it.”

Since September, FLSC board members and event coordinators worked to plan and organize the two-day event, which included 75 vendors, a cash bar on Friday night, a visit from Santa Claus and Mrs. Claus on Saturday, opportunity drawings and a silent auction.

“By bringing the vendors and reaching into Kansas City and not just Leavenworth, it really shows the military spouses what the city is like,” Viall said. “These vendors represent this area in a different way for these wives.”

“The diversity of stuff is significantly better this year than it has been in the past,” Meyer said. “The feel of the event is different. It is wider, and it is bigger.”

“I’ve been in the Army forever. I came to these things in the old days, and I think it is a nice little function that happens annually,” Suprin said. “It is the proverbial self-licking ice-cream cone. It is fun to do it and fun to talk to people, and you can enjoy a little bit of the holiday spirit.”

Pierce said he thought the bazaar was a good place to start selling his wood and laser-cut craft goods in a live setting instead of just online.

“It was a great opportunity to sell for the first time,” Pierce said. “Anything to contribute to (the military). You can give back.”

“The quality of their crafts is really good,” Abel said. “I like the location better than previous years, too. The flow is better.”

Bazaar attendee Sarah Dunning said she was happy to return after years of missing out.

“I remember it being so nice in other years, but I started working on Saturdays. I said to my boss I wanted off this Saturday so I could come,” Dunning said. “I’ve always liked Christmas bazaars.”

Attendees said they also liked that they were supporting education in the process.

“It is always important to support education,” added first-time attendee Shelby Kremske.
Event co-chair Velmarie Deitz said she hopes that, overall, the event brought everyone together.

“Military families along with non-military, Leavenworth with Fort Leavenworth, to build that relationship and keep it going,” Deitz said. “The base isn’t going anywhere.”
For more about FLSC, visit fortleavenworthspousesclub.org. 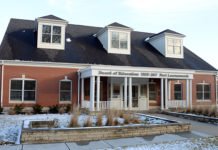 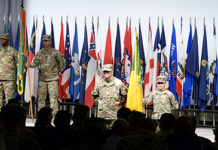 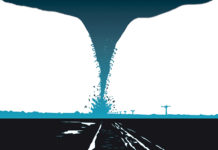